I can't help but link to James Halberg's post titled More of the Spring Experience. 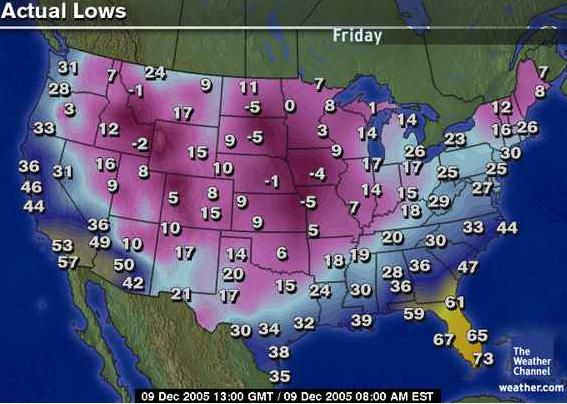 To anyone reading this anywhere in the country other than Miami (and especially you suckers in Wisconsin), I would just like to say: ha ha, ha... ha ha... ha. I hope you're enjoying the weather.

New Computer - should I keep it?

When I arrived here in Florida on Wednesday, I got a call from Julie saying my Windows Desktop was hosed. When she started it up, she just got a black screen. This is the problem with having a 23" Cinema Display hooked up to a Windows box - you can never see if anything went wrong on startup. I told her she needed to hook up one of my humongous 19" CRT monitors from the basement, and plug it in to see what was wrong. 10 minutes later, she calls me back and tells me the problem: it can't find the hard drive. I walk her though putting in the XP CD and trying to repair the drive, but it doesn't work. I tried to convince her to live w/o e-mail and the internet until I got home, but that didn't fly either.

I got a call from her yesterday afternoon telling me that she'd just bought a computer from Best Buy. I cringed. "Best Buy?", I thought. Knowing my penny-pinching wife, I figured the machine would be a $300 eMachine. However, she sent me a link and I was pleasantly surprised. She bought a HP Pavilion a1250n, which seems to be a dual AMD 64. After further reading, it seems it's a dual-core and not a dual processor. Regardless, I was quite proud that she bought something that I've been thinking of getting. I've used AMD-based machines in the past and they've always seemed much faster than an equivalent Pentium box.

This machine does seem to be a "media center" PC, which is expected when you buy it from Best Buy. But what exactly does that mean? Does it mean it won't make a good development box? We have 14 days to return it, so I'm wondering if I should. I don't really want to buy a new desktop (unless it's a G5), but my 2.6 GHz Dimension 8300 has thrown up quite a few times in the last few months - so I'm probably due. I tried to talk Julie into a G5, but a lot of the software she's using for her new business is Windows-only ... and VirtualPC sucks.

Update: I've decided to keep the box, mainly because my Dell Dimension 8300 is getting old and this one seems much faster. It's unlikely I'll ever have a Mac desktop because we still need and enjoy using Windows for a lot of things. I'd love to, but it just won't fly with the wife - as well as many software vendors out there. To make things a bit speedier, I did buy 4 GB of RAM for the HP today. I'll likely turn my Dell into a Suse box for Subversion, CUPS and Samba.