The Bus Arrives at Sewfine

11 years ago yesterday, I bought a '66 21-Window VW Bus using "buy it now" on eBay. 11 years later, it was delivered to Sewfine Interior Products to get the interior installed. When I originally spoke with them last year, they estimated it'd only take two weeks to finish. After seeing how much work needed to be done, they changed that estimate to 4-8 weeks.

After Sewfine, it still needs another week at the body shop to clean it up and install the rear deck lid. After that, I'll probably drive it for a few weeks before taking it to the stereo shop for the sound system.

While finalizing my interior order yesterday, I got to start it for the first time. It sounded like a muscle car. So fricken' sweet!

In the first photo below, you'll notice there's two yellow busses. Sewfine had a '62 (the far one) they were just finishing up. It was awesome to see the two together. Sewfine published a whole bunch of pictures of the '62 on Facebook. 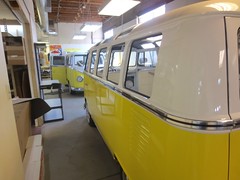 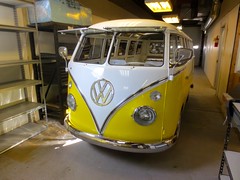 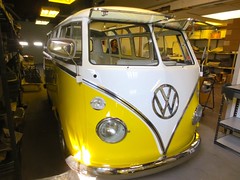 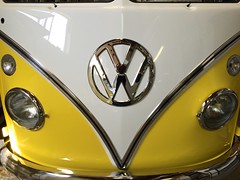 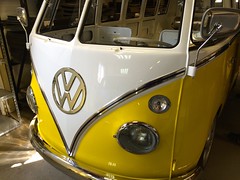 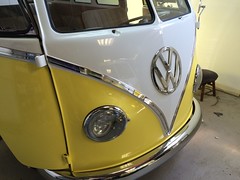 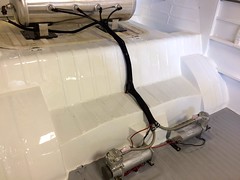 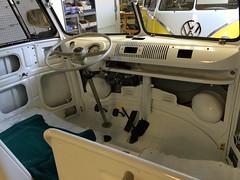 If you'd like to learn more about the VW Bus and the Deluxe Samba, see 21 Window & 23 Window Volkswagen Buses.