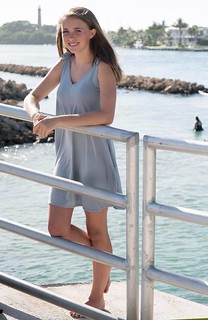 Abbie turned 15 today. About a month ago, she said she didn't want a birthday party, so we decided we'd surprise her with one. Her mom did most of the work, inviting her friends, gather food and drinks, and hosting the event at her house.

We told her we were going out to a family dinner, and we needed to pick her mom up along the way. We found out later that she knew about it the whole time, but the same friend that showed her the Evite told her it was next weekend. So she kinda knew. However, when I put a tie on, Trish got fancy, and Jack dressed nice for dinner, she figured "Oh well, I guess it's not tonight."

We had a great time surprising her with a fondue dinner with friends. She's an excellent kid, and we're happy to have survived 14!

Abbie still rides her horse, Tucker, a couple of times a week and she's won several ribbons at all the shows she's been in. She's a freshman in high school now. It's incredible to look back and see that I started this blog just a few months before she was born.

Jake was a border collie that came into my life when I met Trish. In fact, I met him on our first date. After dinner, Trish and I wandered back to her place and took her dogs for a walk in Wash Park. She had two: Sagan (the crazy one) and Jake (stoner dog). Jake wasn't a purebred border collie, but he was one of those perfect dogs. He slept a lot, liked to lay in the sunshine, and was always happy to harass Sagan and giggle while doing it when we went on walks.

A few years ago, when I was only working 20 hours per week, I grew to appreciate our dogs more than ever. I'd take them on walks, hikes, and runs almost every afternoon. I learned that living my life like my dogs wanted me to live it was a great thing. Long walks, relaxing in the sun, smiling from ear to ear when a family member comes home.

A few weeks ago, I took both our dogs on a run and Jake was not feeling well. He certainly didn't want to run, and he could barely keep up even when we walked. Trish took him in for some tests, and we discovered his blood cells were under attack. Trish rushed him to CSU's Veterinary Hospital for a blood transfusion. That helped, but we discovered a few days later that his bones were no longer producing red blood cells. Another blood transfusion, a bunch of prescription drugs, and he was back in action. He seemed to be doing great. We drove to Montana last week to visit my parents and brought him with us.

Last Friday, Jake could only walk on three legs. Yesterday, he was down to two. Trish took him in, and his doctor said his liver was failing. Since he was an older dog and lived a great life, we chose not continue keeping him alive. He was put to sleep yesterday afternoon at Aurora Animal Hospital. They allowed him to lay in the grass, in the sunshine, while they carried out the procedure.

I'm happy to have known you, Jake. You were a great dog, and I learned a lot from you. Sleep well, buddy. 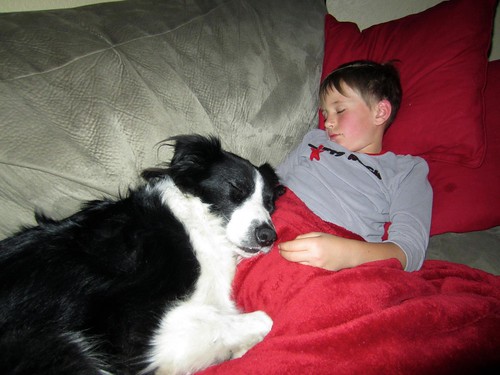