tl;dr Call your member of Congress or Senator if you need help getting a passport appointment.

When we renewed our kids' passports in October 2021, it only took a few weeks for their new ones to arrive in our mailbox. Trish and I sent our passports for renewal in late November, expecting a similar quick turnaround. I received mine back a couple of weeks later because I'd forgotten an essential item - the check to pay for it. Trish didn't receive hers in December, so she set up an appointment at the Colorado Passport Agency. We're very fortunate as this office is just seven miles away from us.

The only appointment Trish could get was on the same day as our flight to Cabo San Lucas in early January. Her appointment was at 9am, and our flight was at 11:25am. She found out during her appointment that she didn't receive a new passport in December because our dogs scared off the delivery driver. She'd ordered expedited delivery; that's why they tried to deliver to our front porch instead of dropping it in the mailbox.

The passport office was able to turn things around quickly and she arrived at the airport, new passport in hand, at 10:45am. 40 minutes wasn't enough time, according to the checkin counter, so she had to reschedule her flight for the next day. This was unfortunate since we waited at the gate for 45 minutes due to delays. 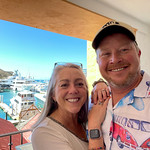 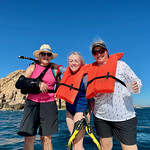 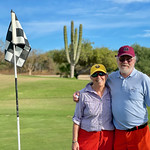 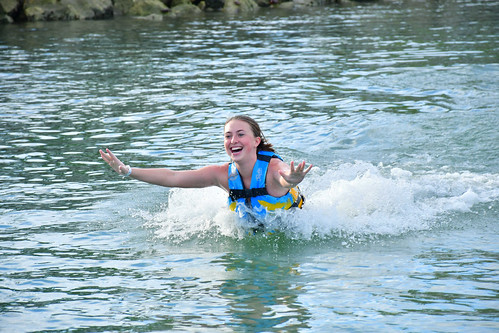 I didn't opt for expedited delivery when I re-sent my passport for renewal in late January. I was worried that delivery might fail because of the dogs, everyone else had gotten their passports in a few weeks, and I had no international travel scheduled. February came and went. I realized in early March that we didn't have any plans for Spring Break. As a father with a teenage son flying solo at home and Trish off to ski with a friend during his Spring Break week, I felt obligated to schedule something fun. I contacted Trish's brother, confirmed a niece and nephew had the same Spring Break, and we started planning. We had lodging and flights booked for a week in the Cayman Islands within a few days.

That's when I realized I didn't have my passport back yet. Ten days before our flight, I called the Colorado Passport Agency and tried to get an appointment. I didn't realize you were supposed to call ten business days before your flight. Regardless, I dialed in at 8am EST and was on hold for 2.5 hours before giving up. I kept calling every so often for the next week. I slipped into a funk about a week before our flight. I'd booked this cool trip with Jack, and it looked like I'd be unable to join him. Good job, Dad.

This funk lasted a couple of days as I kept trying to get an appointment and failing. I think it was Wednesday of that week when I changed my attitude. Our flight was the following Tuesday, at 5am on March 15.

Enter the Law of Attraction

I changed my attitude to one that embraced the Law of Attraction. The Law of Attraction is essentially, "if you believe enough, it will happen." I've only used it once previously in my life. That's when I dreamed up Trish. I texted my in-laws and Trish with my newfound determination and told them it was gonna happen, and they should enjoy watching me succeed. After repeatedly calling on Thursday, I decided to head down to the passport agency on Friday and hang out right by the entrance on the 6th floor. I arrived at 7:45am (they open at 8am) with my lucky Grateful Dead shirt on, hoping that I'd find some sympathy from someone.

There was already a line when I arrived, as well as a woman that was panicking about her flight to Jamaica that night (from Salt Lake City) with her son. She'd recently discovered her son's passport was expired, and she had to get on the flight. She asked if anyone in line would be willing to give up their spot for her. People seemed to know this wasn't an option, and the security guard confirmed she wasn't allowed to do it. I felt the lady's hopelessness, but I also didn't think there was a solution. Around 9am, she walked out of the office with her son. 20 minutes later, she returned, showed her confirmation number to the security guard, and was admitted. "Whoa!" I thought to myself; there's hope!

At around 10am, the Jamaica-bound lady emerged from the office. I asked her how she did it. She said someone in line had told her to call a congress member in Colorado Springs, and they got her an appointment! I received a similar tip moments before I talked to her. I started calling my local congressman and senators frantically, as well as the person she called. I spent the next hour calling folks, leaving messages, and filling out website forms. By 11:30am, I had an appointment for 9:30am on Monday!

Later that day, I received a voicemail hours after it'd been left. My local congressman, Jason Crow, had scheduled an appointment for me the same day at 1pm. Unfortunately, I didn't receive the message in time. All of the other folks I called responded too! Senator John Hickenlooper's office called me Monday morning and was willing to make things happen immediately. Ultimately, it was Liz from Colorado Springs that made it happen. In hindsight, all the others did too!

I was ecstatic. The Law of Attraction had worked once again!

We enjoyed the heck out of Grand Cayman. Abbie even joined us at the last minute. Thanks to my in-laws, Matt and Eva, for planning such a fun trip and letting us tag along! 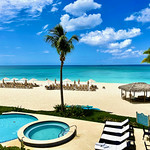 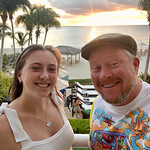 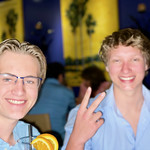 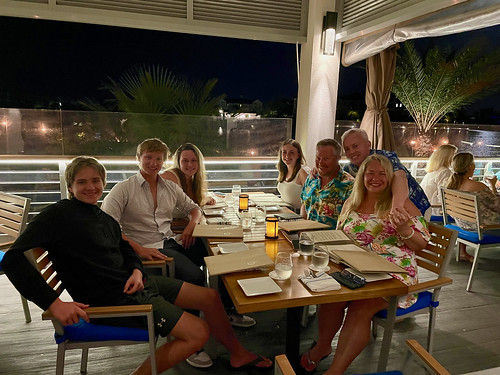 P.S. We also found it quite convenient that we could take at-home COVID tests before traveling to and from the Caymans. AZOVA made it easy to schedule our tests. They observed us via webcam when we took the tests and emailed us the results as a PDF within minutes.