After rafting the Yampa in June, we knew we'd experienced a once-in-a-lifetime kinda trip. We never expected to have two in one summer. When we got an invite to raft Desolation Canyon over Labor Day weekend, we jumped at the opportunity.

The trip started on Jack's birthday: Thursday, August 28th. We drove from Denver to Green River, Utah the night before, and had some adventures along the way. As we were heading down Vail Pass, our trailer started to swing from side to side, almost whiplashing us off the road. We quickly slowed down and didn't go over 65 MPH for the rest of the trip. I figured this was caused by the rear spring spacers we added to the Syncro. The heightened rear caused the raft trailer to be out of balance, and we needed a new hitch to drop it down.

We arrived around 1:30am, popped the top on our camper and went to sleep. The next morning, we woke up and met some of our fellow floaters for the first time. An hour later, were were getting ready to leave and I was inspecting our trailer. That's when I noticed one of the wheels was about to fall off. The bearings were shot and the wheel was barely hanging on.

Luckily, one of the guys we just met had replaced all his trailer's bearings the week before and was on it. He knew exactly what to do and went to work. There was a Napa Auto Parts store a mile away. Two hours and several trips to Napa later, we were back in business and on the road.

We celebrated Jack's 10th birthday while driving to the put in, opening presents and having a good ol' time. We also had some cupcakes to celebrate with everyone once we arrived. Jack was especially pumped for the huckleberries my Mom overnighted. 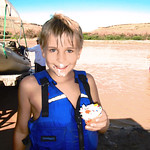 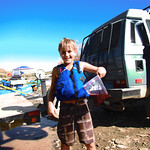 We launched with five families total, 10 adults and 10 kids. We had five rafts, a duckey, an inner tube and two motors to get us through the flat water. We didn't get on the river until 6pm that first day, and only made it seven miles before dark. 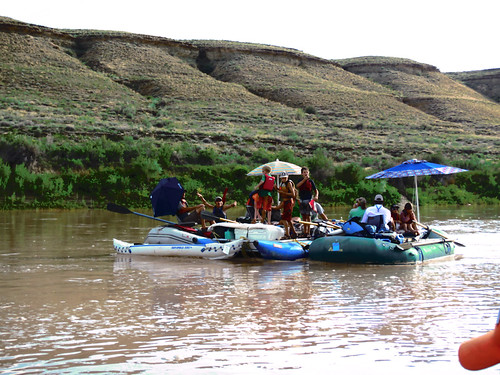 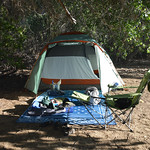 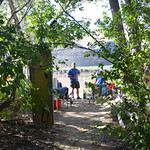 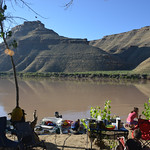 The water was muddy and we made jokes that it should be called the Brown River instead of the Green River. On the upside, it was warm and the kids had a blast frolicking in it. We got to know our travel companions and were happy we purchased a new motor to combat the winds and flatness. Yes, there were many references to motoring as we cruised down the river. 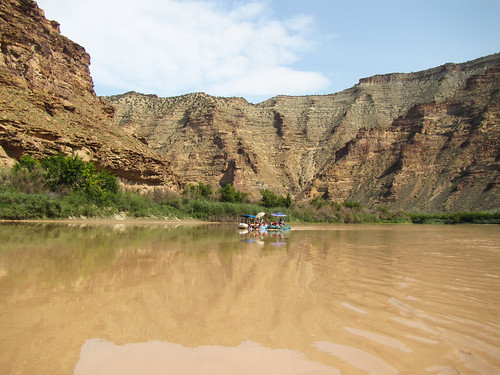 The rest of the week was fairly uneventful. After the first two days, we didn't use the motors much, and there were quite a few rapids. However, there were no Class IVs and the kids only walked for one Class III. The kids seemed to have a great time, inventing new games every night and exploring for hours at every new campsite. My favorite game was the Werewolves vs. the Angry Mob. 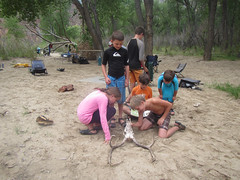 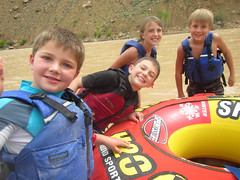 The petroglyphs we saw along the way were pretty cool. 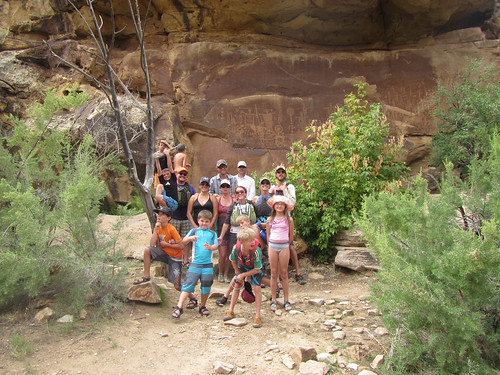 Time spent on a river always brings out a few good smiles. 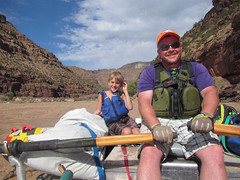 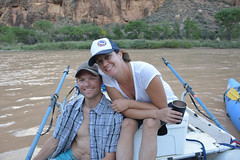 And dress up as a superhero night was simply awesome. 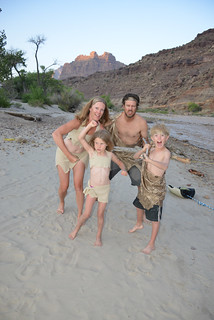 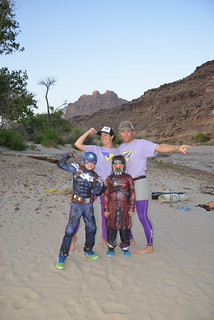 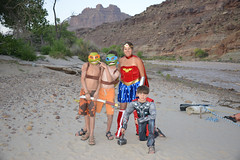 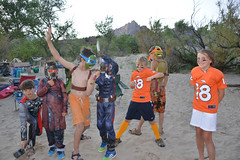 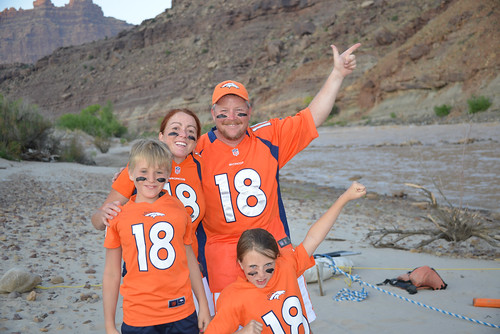 Trish's photo from our last night on the river makes me want do it all again. 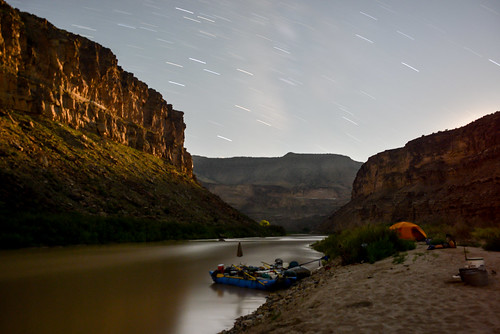 2014 will go down in the books as one of our best rafting years. We only made it on the river a few times, but the week-long trips were amazing. Rafting the Arkansas with our Dads was really fun too. I'm proud to be raising river rats and long for the days I can live in our van down by the river.


I had no idea that you and the kids were on such a great adventure. Thank you for sharing this. I am so happy that Abbie and Jack are having such an amazing childhood. I so appreciate you and Trish!

Loved this write-up. Sounds like an epic trip. I was a volunteer river ranger in Deso in 1991. Have been down that river many times. It is magical every time. But that's rivers. Congrats on raising river rats. We definitely need more of those!