I had the pleasure of traveling to Bangalore, India last week for the 2019 edition of the Great International Developer Summit. GIDS is a conference that spans five days and has around 5000 developers each year. The conference charges on a per-day basis, and adds the attendees from each day to its total, so it's not huge, but it's pretty big with 1000+ developers each day.

A week before I left Denver, I solicited the advice of my good friend, Scott Davis. I asked him about the weather, the conference, and India in general. He advised me to wear lightweight clothing, no shorts when speaking and be wary of the wi-fi at the conference. He also mentioned the burgeoning microbrewery scene in "the Silicon Valley of India."

I've always been interested in traveling to India. My sister, Kalin, went there as part of her university studies 20 years ago. She studied Buddhism for four months on that journey and even got to meet the Dalai Lama. I thought it'd be fun to bring her along for my first trip to India. We rendezvoused in Seattle on the way, taking the picture below on Friday afternoon, April 19. 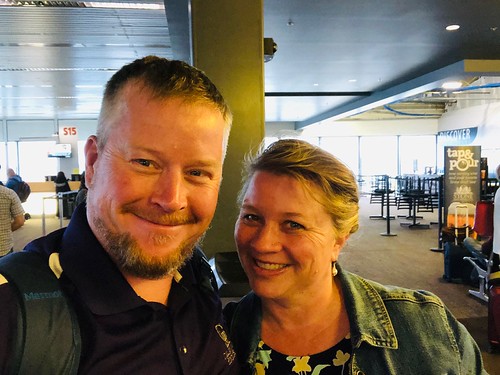 We had a long 14-hour flight from Seattle to Dubai. We flew Emirates and enjoyed the service, great seats (for economy), and wi-fi as we cruised over the North Pole. We had dinner at the Hard Rock Cafe in Dubai, then hopped on a four-hour flight to India. When we finally arrived at 3:00 am on Sunday, we were greeted with gifts in our room and a fresh slice of cake! Thanks to Dilip and Indu from Saltmarch for making us feel so welcome on our arrival. 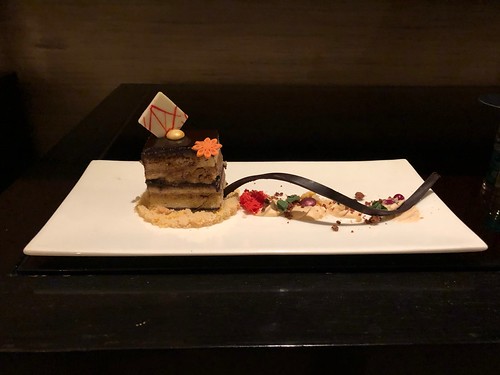 We slept for a few hours after arriving, then met several of the GIDS speakers for a late breakfast. It was like a No Fluff reunion! If the names Venkat, Brian, Raju, Davis, Carducci, Stine, and Pratik sound familiar, you know what I mean. I quickly learned that Bangalore's name is actually Bengaluru, the British changed it to Bangalore during their rule.

After breakfast, Kalin and I took a car from the hotel and visited the Bangaluru Palace, followed by a stroll in the Lalbagh Botanical Gardens. 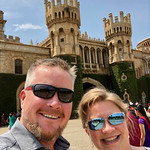 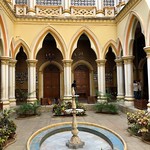 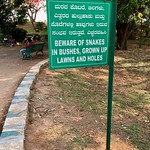 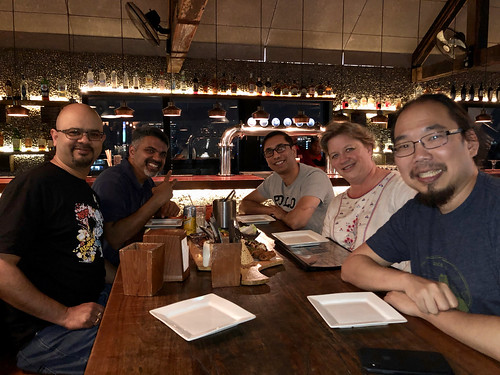 On Monday, it was time to go to work. I had four talks at GIDS; two on Monday. The conference started with Scott Davis and John Bruce having a fireside chat about the web. I'd just seen Sir Tim Berners Lee (John's co-founder at Inrupt) speak at Oktane 19, so I was delighted to hear from them both in the same month. Solid sounds like a very interesting concept, but I have not tried to build my own app with it, yet. 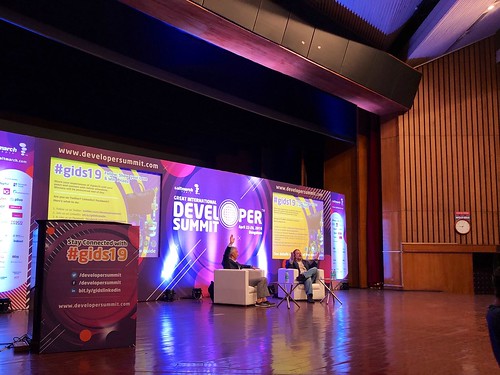 From there, it was kind of a blur. I'm not the kind of speaker that talks several times at a conference; I'm used to just one or two slots. I tend to do a lot of talks about Java and JavaScript. Since both have been innovating rapidly lately, I like to update my talks just before so they're up-to-date. For three days, I was updating presentations, practicing demos, and delivering talks. It was exhausting, but nothing like the other speakers. Several speakers had 10+ sessions and did a full-day workshop on Friday! 😳

My Presentations at GIDS

My first talk was "Front End Development for Back End Developers". I enjoy giving this talk because it doesn't have any live coding, but it packs a lot of information into 60 minutes. I published my slides on Speaker Deck and I believe it was recorded.

Monday afternoon, I spoke about JHipster and showed how to build a simple monolith from scratch. Since the wi-fi was spotty to non-existent, I had to do my demo with no internet connection. If you've used JHipster in the past, you know this can be a challenge. In the end, it seemed to go well, and I got lots of laughs as I progressively donned hipster clothing attire. You can find my presentation on Speaker Deck or view it below.

Monday evening, we gathered with conference friends at JetLag Bar and Grill and enjoyed the rooftop ambiance with the pulsating sound of house music.

On Tuesday afternoon, I spoke about bootiful development with Spring Boot and React. A couple of hours before the talk, I went to practice my demo and realized that I hadn't updated it in quite some time. I scrambled to update my demo script for the latest versions of Spring Boot, Create React App, and Okta. After updating and practicing, I prepared my laptop to do the demo without an internet connection.

When I started my demo, I planned on the internet failing, but I figured I'd show the audience first. In the midst of failure, one of the room hosts told me there was a backup wi-fi, got me on it, and away we went! You can see my slides on Speaker Deck or peruse them below.

Tuesday evening we gathered with folks from Oracle, Red Hat, IBM, and BNY Mellon at the Biere Club. They served excellent craft beer, yummy appetizers, and we laughed our way into the night. We particularly enjoyed our selfie at the end of the night.

Explanation: when my sister and I were strolling around the botanical gardens, we noticed a strange phenomenon we hadn't seen before: there were more men taking selfies than women. We also noticed that while the women were smiling, all the men were very serious in their photos. When in Rome!

I had my final talk about microservices with JHipster and OAuth on Wednesday morning. I'd just finished upgrading JHipster to use Spring Security 5.1 a couple of weeks prior, so I was eager to show it off. I used JHipster Registry and its Spring Cloud Config support to show how you can switch from Keycloak to Okta (or any IdP) by configuring just three Spring Security properties. Since your gateway and microservices are all configured to read from the registry on startup, you can configure your OIDC provider in a single location! You can download my presentation or view it below.

We retreated to our hotel on Wednesday afternoon, enjoyed massages gifted by Saltmarch, and I savored a cold beer at the patio bar. 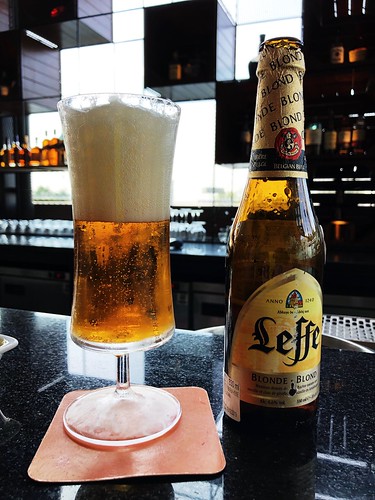 This picture above is the last picture I took with my phone. When I was at the gym on Thursday morning, the screen started flickering on and off with hints of green. The screen was borked. I was hoping to use it for photos but decided it might be nice to have a break from having a phone.

Thursday afternoon, we toured the Bannerghatta National Park (aka the Bengaluru Zoo) with Ray Tsang. It was hot, the animals were exotic, and the safari tour was fast and furious. We had a fabulous time. 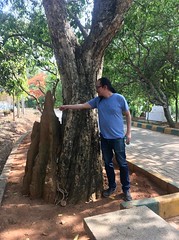 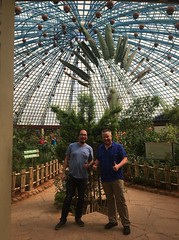 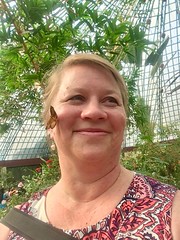 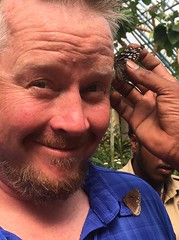 On Friday, Kalin and I headed to Mysuru (formerly Mysore) to see the sights. We hired a driver from our hotel for the three-hour drive. We visited a summer home of the rulers from the late 1700s, toured the Sri Chamundeshwari Temple, strolled through the Mysuru zoo, and took a quick tour around Mysore Palace. Unfortunately, I don't have any good pictures of our adventure.

You can find all the pictures in this post, and a few more, in my GIDS 2019 album on Flickr.

My first time speaking at GIDS was a lot of fun. Traveling to India with my sister was a special experience. Networking with developers, speakers, and old friends was fantastic. I told Kalin at one point, "the days are hard and rewarding, but the nights are spectacular." It's true. GIDS 2019 was a fantastic adventure with wonderful people. 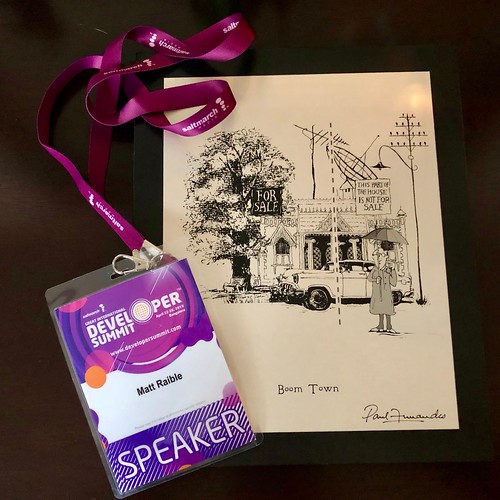